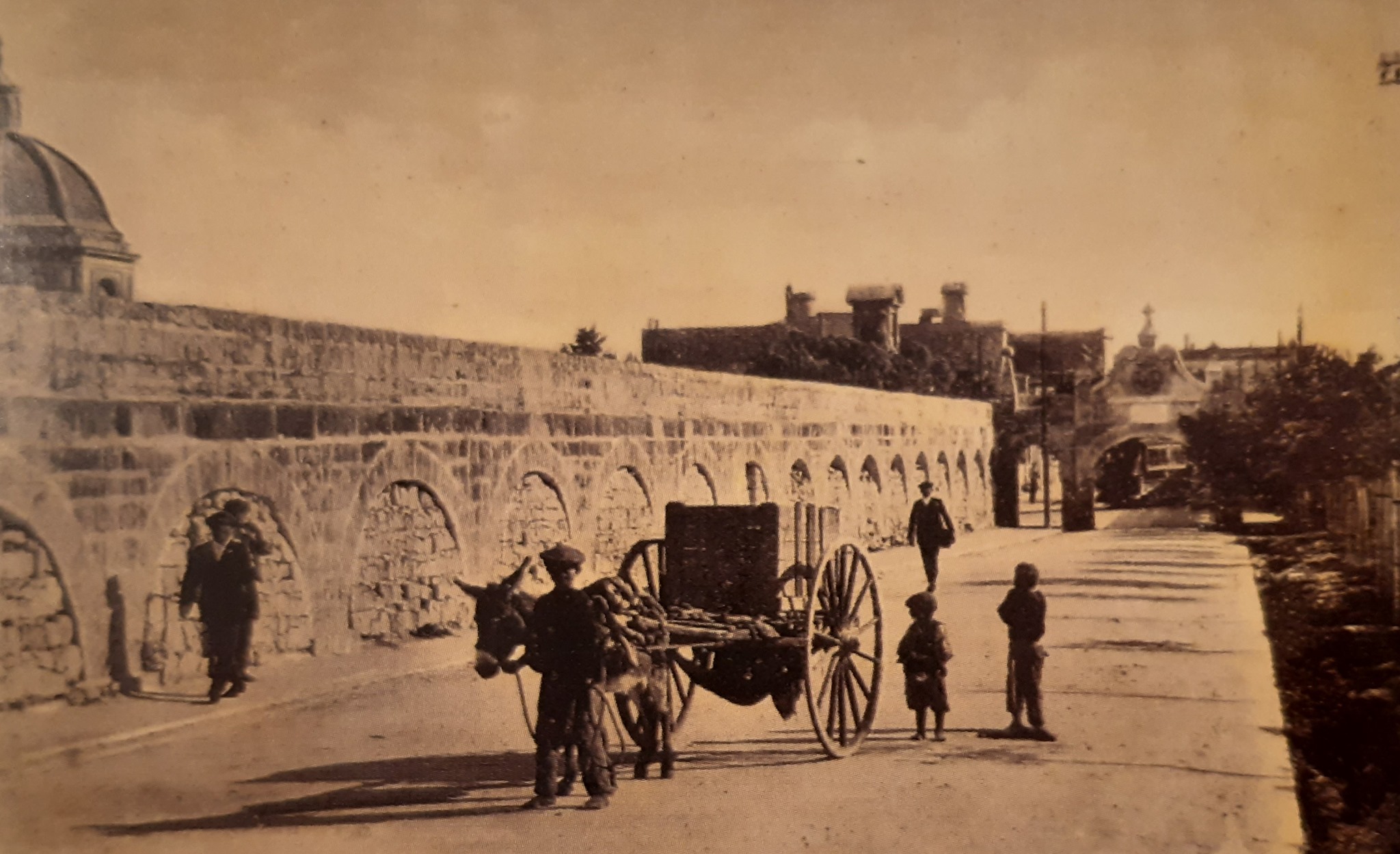 Extracts from Giovanni Bonello’s essay, ‘Bontadino de Bontadini: The Murder of the First Baroque Architect in Malta’ (2003), with the author’s kind permission.
The city of Valletta, willed by Grand Master de Valette before the siege of 1565 and built immediately after, had grown in splendour, beauty and prestige. It lacked nothing, except water.
With cisterns parched when the seasons brought little rain or none at all, the plight of Valletta verged on the tragic. … At first the Order considered ferrying water from the Marsa to Valletta and Senglea.
Soon after a Jesuit proposed the channelling of waters to Valletta from ‘le due fontane’, possibly Boschetto. The first studies showed that the conduit was too expensive to build.
In 1610, a Jesuit expert in hydraulics, Padre Natale Tomasucci, was commissioned to draw up a master-plan. His report identified the various springs and water veins lost underground, and the sites to be levelled to compensate for the distances and variances in altitude. He set his eyes on the waters sopra la citta’ vecchia and assured that they were abundant and in a sufficiently high position; they could be channelled to Valletta, though it would take time and a lot, but a lot, of money.
Wignacourt intervened by paying for the aqueduct personally. Tomasucci first set about tracing the various underground ‘lost’ water sources and conveyed them all to large reservoirs. The real problem, of course, remained the various levels the aqueduct was expected to negotiate. Water was to ‘head down valleys and deep depressions, and rise up steep and difficult hills’. The Jesuit planned to convey the water exclusively through an underground route, channelling its course in large stone conduits, cemented together by a special mortar he had invented. The underground route would enable the momentum the water gathered in its descent to carry it in the upward limbs of its journey. For the purpose, Tomasucci had una grandissima quantita’ of stone canals hewn out. Besides this, his underground option boasted of a second added value: that of keeping the water cool. Also, the construction would have resulted ‘more stable and perpetual’ than channels raised on stone pilasters which would be ‘corroded by the action of the wind, the dampness of the stone and the salt contained in the dust’. Everything went well for Tomasucci till the waters reached Attard. His nightmares started where the waters were expected to rise. To top it all, the mortar, his exclusive discovery, refused to adhere to the Maltese limestone and the water just leaked profusely. Blaming some disagreement, Tomasucci left Malta abruptly in 1612.
So now Wignacourt had on his hands a ruinously expensive enterprise abandoned half-way through. The capomastri proposed a different solution – the water would not proceed underground, but through an arched aqueduct built over the surface. The first segment of arches stretched from Attard to the church of St Nicholas outside the village. Wignacourt also sought a new hydraulic engineer to complete the works. Bontadino de Bontadini, a Bolognese engineer and architect, arrived in Malta in July 1612. He started works shortly later, having approved the intuition of the capomastri. One great breakthrough was the employment of a suitable waterproof cement – pozzolana – to weld the conduits together. The hewn stone conduits prepared by Tomasucci in anticipation of the underground route did not go to waste.
Bontadini utilized them on top of his aqueduct, and some, still visible today, as ordinary construction blocks. However, in those stretches where water pressure reached its zenith, Bontadini replaced them by thick lead tubes reinforced with iron loops. Bontadini also realised that Tomasucci, burying the conduits, had disregarded a sharp decline before Attard, which would have compensated for the uphill part that followed.
Apparently, he rebuilt this tract on elevated arches. Bontadini impressed a substantial number of mules to transport the huge amount of stone required, from quarries four or five miles distant. At times, 600 labourers worked daily for 5 years, and the cost finally amounted to 155,000 scudi of which the balance from the
administration of the granaries and the ovens only covered 40,000. The rest, a daunting amount, came from Wignacourt’s private purse.
The supply of running water to Valletta was inaugurated on 21 April 1615, an auspicious event which was marked with great and solemn activities. Five years rowing in the galleys awaited anyone who damaged the aqueduct, planted trees, quarried stone or dug wells in its vicinity.
Extract from: Giovanni Bonello, ‘Bontadino de Bontadini: The Murder of the First Baroque Architect in Malta’, in Histories of Malta vol. 4, Convictions and Conjectures, Malta 2003. First published in The Sunday Times of Malta in three parts on 26 May, 2nd June and 9th June 2002.
Giovanni Bonello is a former President of the Malta Historical Society. 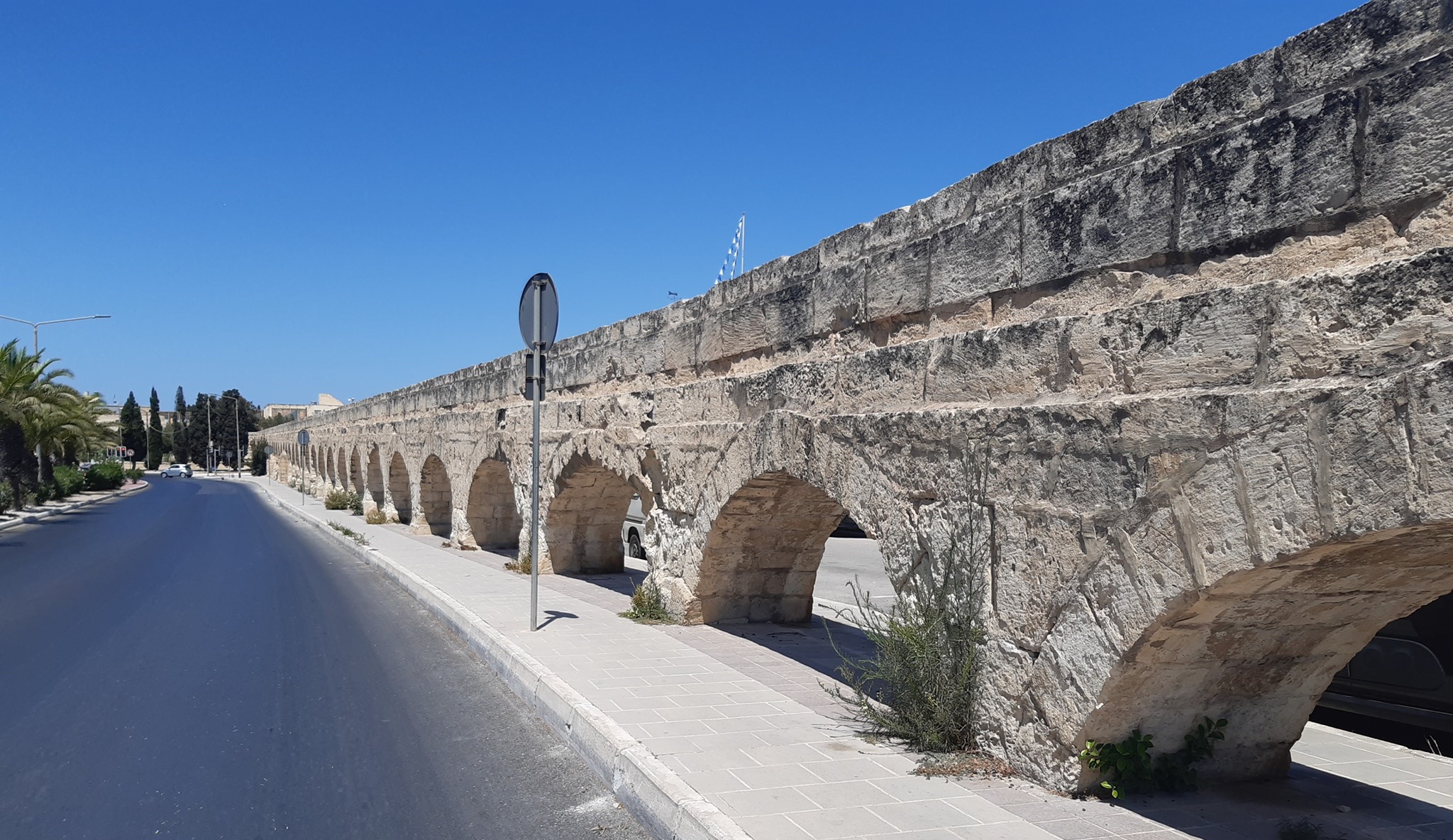 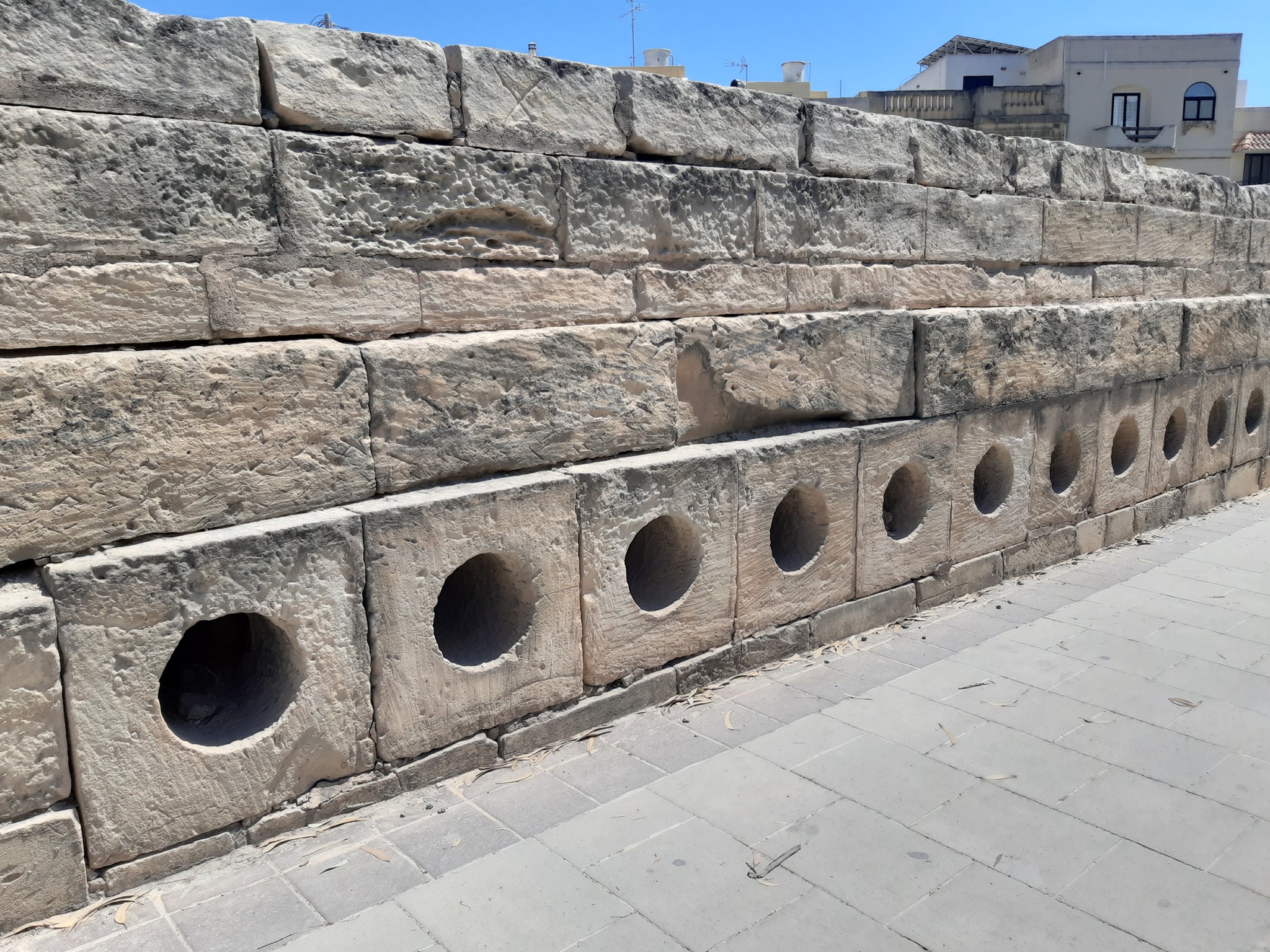