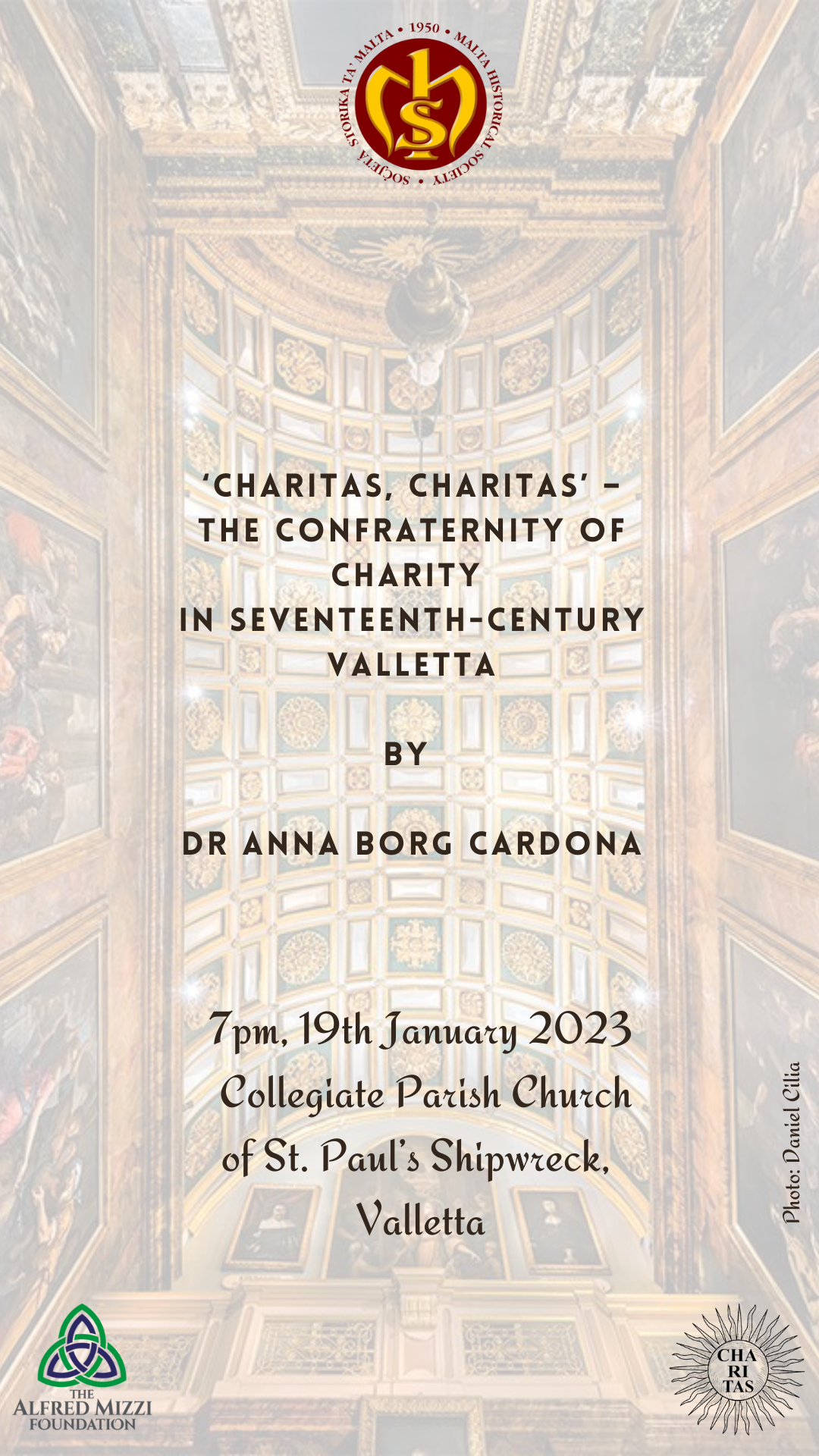 The Malta Historical Society invites you to attend the public lecture

at the Collegiate Parish Church of St Paul’s Shipwreck

The event is kindly sponsored by The Alfred Mizzi Foundation

By the seventeenth century Valletta had became a centre of trade and commerce and also a hub of architectural and artistic activity. On the outskirts of this prosperity was another reality – the poor, the sick, the blind, the lame and the destitute. In order to provide for this section of society, the Confraternity of Our Lady of Charity was set up in 1610, attached to the Church of St Paul Shipwrecked. The Confraternity was at the same time also a culturally important patron commissioning several artists, sculptors, carvers, framers, gilders, silversmiths, and musicians. The presentation will be looking at some of the significant social and cultural aspects associated with the Confraternity during the 17th century

𝗔𝗻𝗻𝗮 𝗕𝗼𝗿𝗴 𝗖𝗮𝗿𝗱𝗼𝗻𝗮 PhD Music (Southampton,) is author of several books, among which Musical Instruments of the Maltese Islands – History Folkways and Traditions (2014), and more recently Musical Culture and the chitarraro Mattheo Morales in seventeenth-century Malta (2022), and Charitas, Charitas – the Confraternity of Charity in Seventeenth-century Valletta. She has also authored articles in Maltese and international journals, and contributed to the New Grove Dictionary of Musical Instruments.

Guest curator of the FPM exhibition Music in Malta from Prehistory to Vinyl (2019). Founder of the Ġukulari Ensemble (2002) which presents Malta’s music and musical instruments within their social and historical context.