Home » How to Lose Friends and Alienate People: The Knights Hospitaller as English Agents in Britain and Ireland, 1296-1400

Rory MacLellan is a PhD student at the University of St Andrews in Scotland. He is researching donations to the Hospitallers in Britain and Ireland from 1291-1400, under the supervision of Dr Rory Cox. His wider research interests are crusading, the late medieval British Isles, and monasticism.

Sponsored by the Alfred Mizzi Foundation. In the 1140s the Knights Hospitaller first arrived in the British Isles, where they were given land in Clerkenwell, London. By 1400, the Order had acquired forty more outposts across England, as well as lands and brethren elsewhere in Britain and Ireland. However, their properties in Scotland and Wales were subordinate to the English chapter in London. The Irish Hospitallers were not directly subject to England, but they were led by English and Anglo-Irish brethren. Collectively, these British and Irish branches formed the English langue, one of seven regional divisions of the Hospitallers. Despite representing the Order across Britain and Ireland, the majority of the langue’s members were English. The chief offices of the Prior of England and the Prior of Ireland were always held by English or Anglo-Irish brethren. The same occurred in Scotland until the early-fourteenth century, when Scots first appeared as Preceptor of Torphichen, master of the Order’s Scottish branch. The Hospitallers also developed close ties to the English Crown; the Prior of England was a leading royal councillor from the late thirteenth century, acting as a diplomat, administrator, and military commander. The langue aligned itself strongly with the English Crown though it was a pan-British institution, with brethren and holdings in Wales, Ireland, and Scotland. Countries in which English armies were frequently fighting from 1296 to 1400. The kings of England invaded Scotland thirteen times, faced four Welsh rebellions and repeated Gaelic raids on the English colony in Ireland. This paper will argue that the close relationship between the langue and the English Crown cost the Hospitallers support. Though it brought the Hospitallers power and prestige in England, it also caused the Order to be rejected in Ireland, Wales, and Scotland as an extension of a hostile English Crown. In Ireland and Wales, the Hospitallers saw little native patronage, whilst in Scotland a series of administrators loyal to the Scottish Crown were forced on the Order. 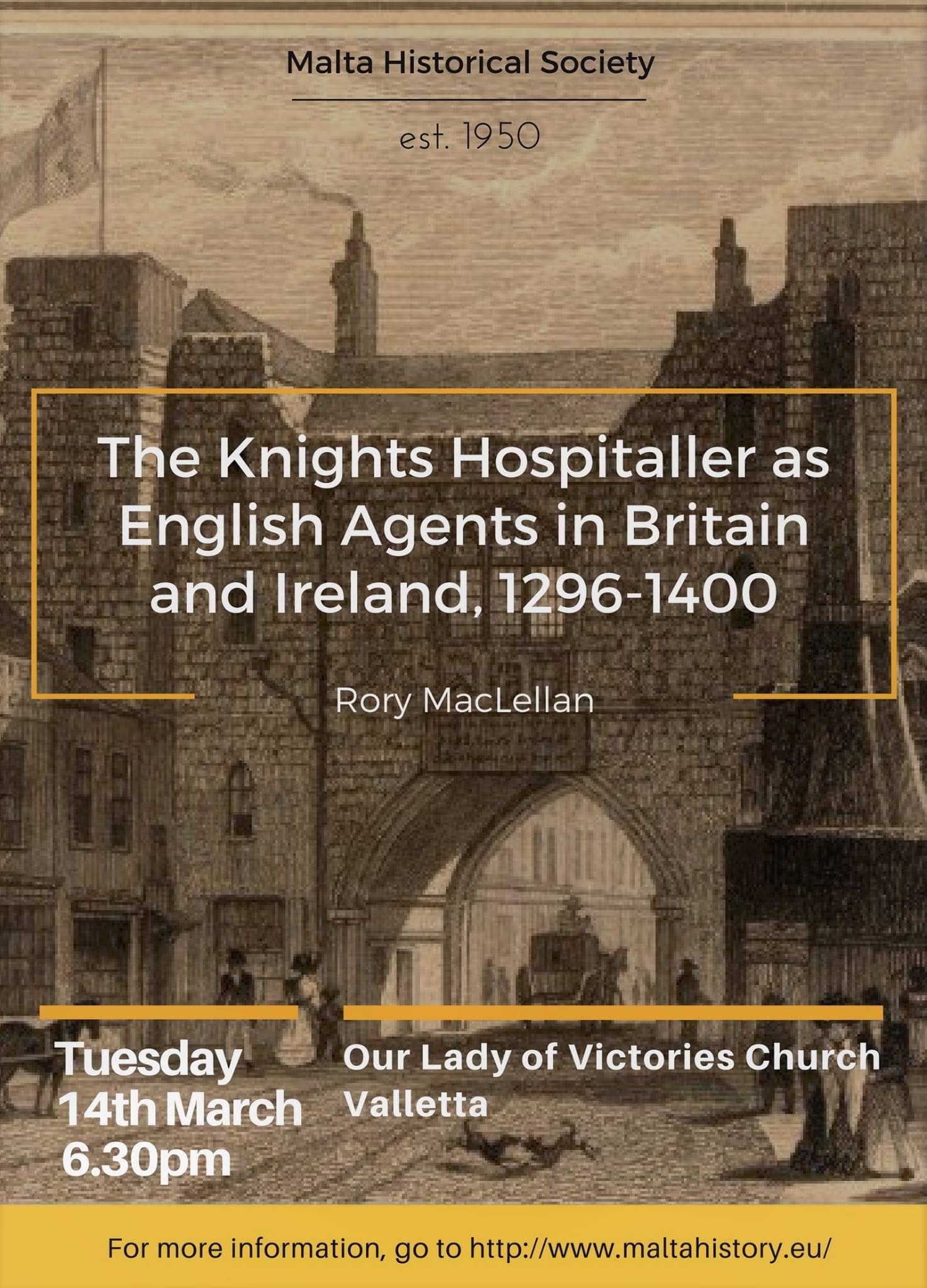 Our Lady of Victories Church, Valletta