Carnival is both a space of theatricality and a site of politics. The book Carnival and Power examines Carnival under British colonial rule (1800-1964), and shows how the theatrical event became a focus of resistance as well as an exercise and affirmation of power. It examines power and identity in relation to different social classes and environments. It analyses power and politics through street play, Carnival balls, satire, but also through political power struggles, particularly those between Dom Mintoff, Archbishop Michael Gonzi and the British colonialists that took place against a Carnival background, from the call to integration to independence. Focusing specifically on the Maltese islands, this work links the contrast between play and power to other Carnival realities across the world.

Vicki Ann Cremona is Chair of the School of Performing Arts at the University of Malta, and Associate Professor within the Theatre Studies Department. She was appointed Ambassador of Malta to France between 2005-2009, and to Tunisia between 2009-2013. A former member of the National UNESCO Commission and the National Folklore Commission, Prof. Cremona was member of and rapporteur for the EU Evaluation Committee for the Valletta Capital of Culture 2018. She has contributed to the National Cultural Policy that was published in February 2010. Dr Cremona is particularly interested in the relations between power and society as expressed through theatre and theatrical events. She co-edited and co-authored various books including Theatrical Events. Borders, Dynamics, Frames (2004), Playing Culture. Conventions and Extensions of Performance (2014). Conventions and Extensions of Performance (2014), On Culture. Mapping Valletta 2018 (2016), Spazji Teatrali, A Catalogue of Theatres in Malta and Gozo (2017). Prof. Vicki-Ann Cremona is a member of the Malta Historical Society. 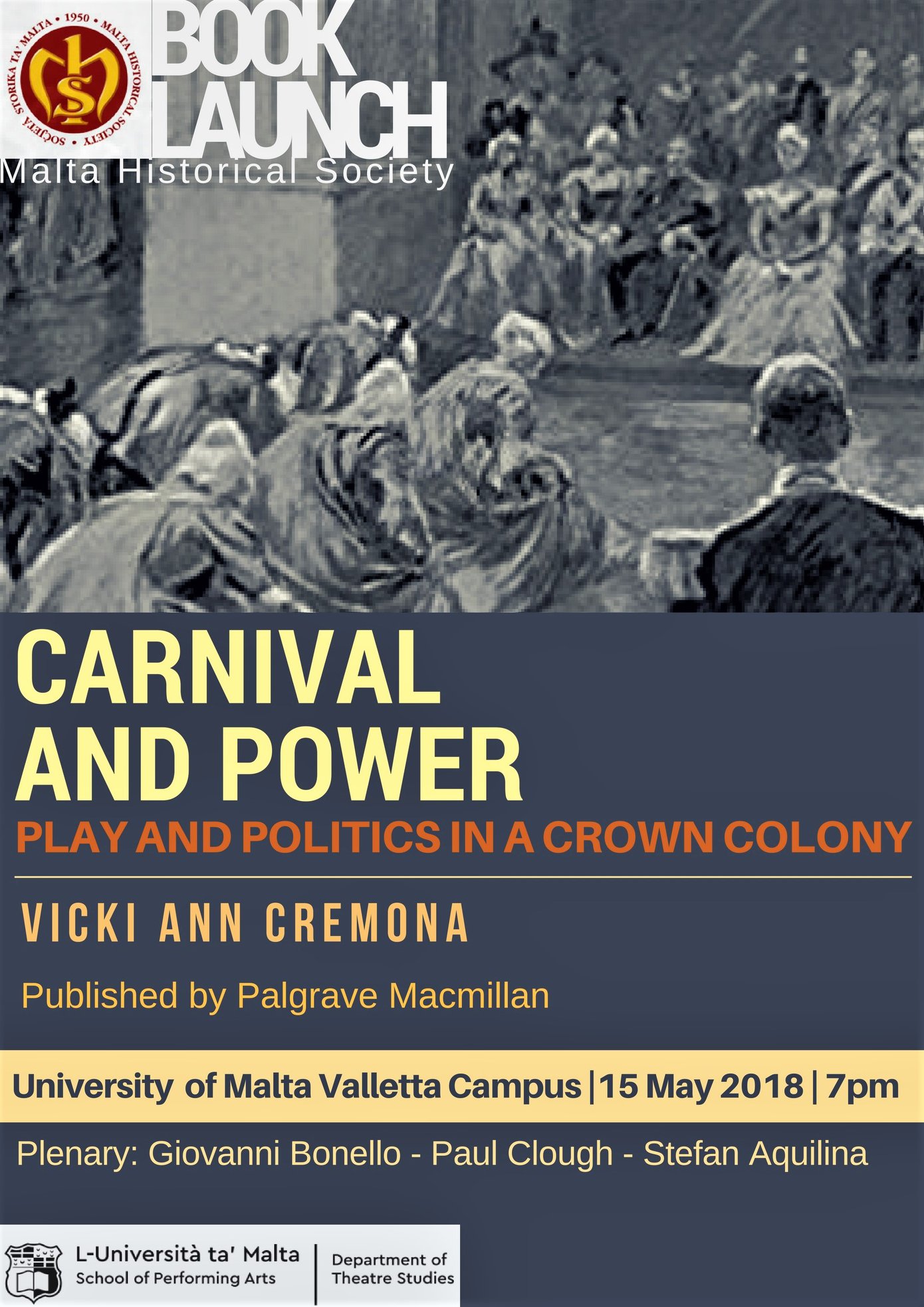