Jenny Zammit started her professional life as a chemistry teacher and after having read theology and counselling at the University of Durham moved on to working with AIDS patients in London hospitals. She furthered her studies with family therapy and supervision at the Tavistock Clinic London. After many years in a state run Sixth
form college as head of counselling services, she directed Servizz Ghozza, a state school [Malta] for pregnant school girls. She is a lecturer at University of Malta, teaching on the medical course and on the Masters courses in counselling an family
therapy. She has worked extensively in a supervisory capacity with local refugee agencies for several years and has also worked in voluntary projects with migrants in Malta and abroad. She is a founder member of the Hospice Movement Malta [1985] and has contributed to training and supervision of staff and volunteers. She is also a
founder member of the associations for counselling and family therapy in Malta. She is interested in staff support, and the maintenance of their sanity due to the demands of a caring job as a major concern. She has recently read for a Masters in Historical Mediterranean Studies in an effort to maintain her sanity and be on the receiving end
of teaching. She a committed member of CLC-CVX and a keen musician, traveller,mreader and hiker.

Sponsored by the Alfred Mizzi Foundation. This study is based on the four books about Byzantium written by John Julius Norwich. More than being academic books, the trilogy and the short history of Byzantium have served to popularise the history, the writers and the story of the Byzantine Empire. These four books were read with a psychological lens, where the exercise was to lift themes pertaining to the life and development of individuals in this unique state across 1200 years. Of the many themes that emerge, four themes have been selected for discussion: 1. Betrayal: This incorporates other sub-themes such as loyalty, friendship, trust and mistrust incorporated in the discussion. 2. Women in Byzantium: This exploration will address the above theme, with a gender twist, as well as other emerging themes, including power, relationships and women rulers. 3. Religion: The subscription of a society to a god or higher values and sentiments casts a light on the journey of Byzantine society not only towards faith but also towards civility and civilization. 4. Emotions: The historiographic recording of expression of emotions would demonstrate that society is journeying towards relationships based on trust and intimacy, rather than mistrust. Trusting relationships allow people to develop their potential to the fullest. The above development of the four themes will be discussed against Maslow‟s theory of “hierarchy of needs‟ – a theory of personality and motivation that has stood the test of time in psychology. The debate arising from the themes and episodes elicited, will attempt to demonstrate that Byzantine society was able to move up the different layers of motivation defined according to Maslow in order to achieve the stage of collective self-actualisation and transcendence. The purpose of this presentation is to demonstrate that, as time goes by, individuals and society move from one layer to another across this imaginary “hierarchy of needs‟, and in doing this they are motivated by these needs, depending on contemporary circumstances. It will be argued that Byzantium moved from being motivated by lower deficit needs to being spurred on by higher level needs such as order and justice. The recording of episodes pertaining to certain themes by historians would show this societal and individual progress towards a fuller expression of civilization. 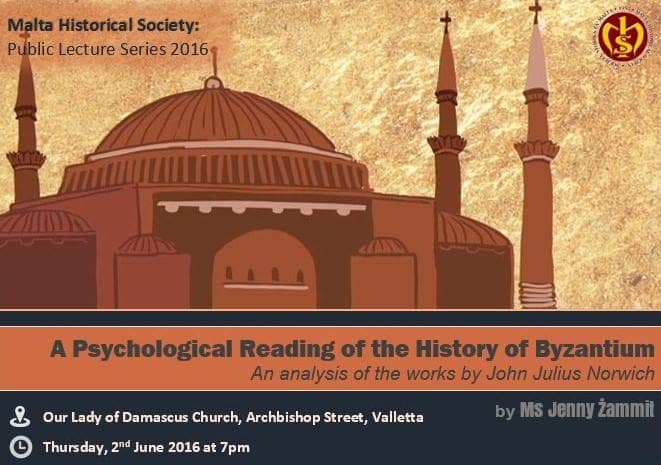